UEFI firmware is software written by vendors in the UEFI ecosystem to provide capabilities in the early start up phases of a computer. Secure Boot is a UEFI standard that can be enabled and used to verify firmware and to protect a system against malicious code being loaded and executed early in the boot process, prior to the loading of the operating system.

Security researchers at Eclypsium have found three specific UEFI bootloaders that are signed and authenticated by Microsoft to be vulnerable to a security feature bypass vulnerability allowing an attacker to bypass Secure Boot when it is enabled. The vulnerable bootloaders can be tricked to bypass Secure Boot via a custom installer (CVE-2022-34302) or an EFI shell (CVE-2022-34301 and CVE-2022-34303). As a vulnerable bootloader executes unsigned code prior to initialization of the the Operating System’s (OS) boot process, it cannot be easily monitored by the OS or common Endpoint Detection and Response (EDR) tools.

An attacker can bypass a system’s Secure Boot feature at startup and execute arbitrary code before the operating system (OS) loads. Code executed in these early boot phases can provide persistence to an attacker, potentially loading arbitrary kernel extensions that survive both reboot and re-installation of an OS. It may also evade common OS-based and EDR security defenses.

Apply your vendor-provided security updates that address these vulnerabilities to block vulnerable firmware from bypassing Secure Boot. Microsoft has provided details with their KB5012170 article released on August 9th 2022. Note, these updates can be delivered from your OEM vendor or the OS vendor to install an updated Secure Boot Forbidden Signature Database (DBX) .

As DBX file changes can cause a system to become unstable, Vendors are urged to verify the DBX updates do not cause the machine to be unusable. Enterprises and Cloud Providers that manage large number of computers are also urged to do the required security updates and ensure DBX files are implemented reliably without any risk of boot failure.

Thanks to Mickey Shkatov and Jesse Michael of Eclypsium who researched and reported these vulnerabilities.

This document was written by Brad Runyon & Vijay Sarvepalli. 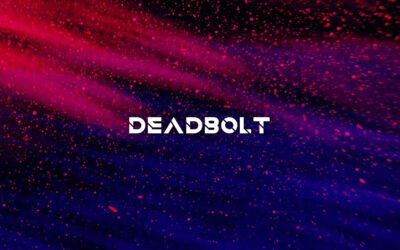